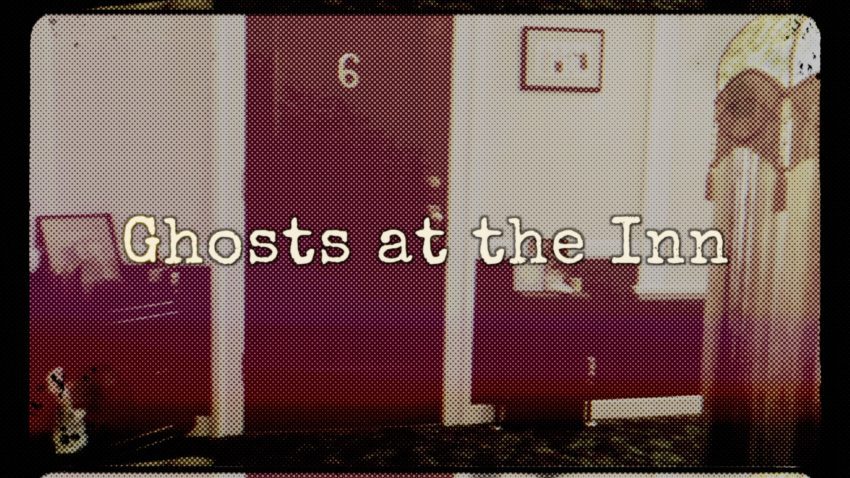 In March 2022, Jacob Rice of Ghostly Activities went north of the border to document the ghosts roaming the halls of the Old Courthouse Inn, located in Powell River, British Columbia. See what we caught on tape after the jump.

Background on “Ghosts at the Inn”

In March 2022, I got a call from my good friend and ghost hunter, Mike Morin. You may know him from The Paranormal Roadtrippers, a paranormal team based out of the Vancouver, BC area.

He told me about a haunted inn about 5 hours north of Vancouver in a town called Powell River. It’s an old lumber town. The Old Courthouse Inn was a provincial government building when it opened back in the 1910s. Locals would get marriage licenses and other civic documents there. There was a court, police station and jail.

It seems some of those folks still linger in the hallways.

About Paranormal Incidents at The Old Courthouse Inn

Kelly Belanger, the owner of the inn, invited The Paranormal Roadtrippers and me to investigate and document what happens there.

And there was a lot of ghostly activity (pun intended).

You can see the experiments and rooms in the video. Look out for Room #6, which had to be the busiest haunted hotspot during our visit. Then, there’s the crawlspace with the creepy dollhouse. That’s something to check out.

Here’s a quick list of the activity we captured on tape:

Ghosts Known to Haunt the Inn

There are a couple of named ghosts wandering the halls. The first, Leo, is a boy spirit that haunts room #1 (Leo’s Lair). He likes to run down the first floor hallway and play pranks on the guests. The next is Rose; named that because she manifests as a transparent figure, and people smell her rose perfume. Witnesses have seen Rose on the first floor by Edie’s Cafe.

There’s also an unnamed spirit that appears by the stairs leading from the first floor to the second. You may see a man in 1930s clothing and smell the cherry scent of his cigar. That set stairs is right next to Leo’s Lair and Edie’s Cafe.

There’s more activity on the second floor. I’ve had experiences in Room #6 and Room #10. You can catch those encounters in the video.

About The Paranormal Roadtrippers

The Paranormal Roadtrippers consists of Mike Morin, who operates like a police detective. He gathers the clues and uses logic to figure out the ghostly caper. Sandra Marlena, a sensitive, uses her gifts to connect to spirits through ITC devices like ghost boxes. They’ve travelled all over the US and Canada to investigate some of the most haunted places.

I’ve already filmed 3 ghosts hunts with them, which will post here on Ghostly Activities soon enough. These videos are already on YouTube, so you can go to my YouTube channel to check them out.

Thanks for stopping by to watch the video. Leave a comment below with what you like or don’t like. It helps me make better videos. Take care!

This site uses Akismet to reduce spam. Learn how your comment data is processed.